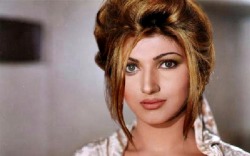 Film star Sana is among those Lollywood actresses who had reached to the zenith of their careers through pure hard work. She has started her showbiz voyage in 1994 with modeling (remember the Lux girl) in a commercial film. The very same year, Syed Noor picked her for his film 'Sangam', in which she played a supporting actress role. 'Sangam' was released in 1997. Later on Javed Shiekh signed her in his film 'Mujhe Jeenay Do'. In this film, she played a major role. The same was released in 1999, which however, did not prove a success on 'Box Office'. After that she appeared in a number of films. A significant proportion of her films termed as hits. 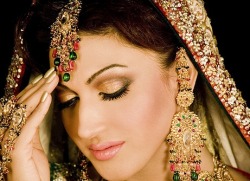 But real success came her way when she performed in Javed Shiekh's film 'Yeh Dil Aap Ka Huwa', which labelled her as a recognised heroin. Sana is now being considered a hot cake and is busy in numerous Urdu and Punjabi films. Her under production movies also include Hasan Askari's 'Sassi Pannu', in which she is playing the title role of 'Sassi'. Iqbal Kashmiri's 'Jaan Lewa' is another film.

Sana has associated high hopes with and is optimistic that the same might further stabilise her standing. In an exclusive interview with ' ', Sana speaks out her heart on a verity of issues. Excerpts of the interview are as follow

How do you value your under production film 'Sassi Pannu'?
Sana It's an historical film. I feel being honoured to have worked in the same. I have tried my level best to do justice with my character and I am hopeful that cinema-lovers would enjoy it a lot.

A number of films have been produced on this folk story earlier as well. So how do you view this new movie different from the rest?
Sana Yes you are right. This is the fourth film in a row on the very subject. This is a remix film and people hardly like such stuff. The most popular heroin of the past Sabiha Khanum also did play the role of Sassi in a black and white film.

I personally like the hairstyle and dialogue delivery of Sabiha Jee in that film. I got great inspirations and guidance from that film, which has given a more mature touch to my performances in new 'Sassi Pannu'.

Has the director done justice with his job in 'Sassi Pannu'?
Sana A good script and superb performances are no guarantee that a film might prove a hit. What really matters is direction. Agha Hassan Askari is directing this film and he is one of the seniors and seasoned director.

He is a perfect selection for a movie like this. I have a very cordial working relation with him and can understand him with more ease. I had found him directing this film with heart and soul. He had impressed me greatly with his work.

Has this movie been recorded on original locations or sets erected in the studios?
Sana Major work has been shot on real locations. A few destroyed shots were later on re-recorded on sets in studios and some of the shots that being viewed NG (not good) while examining rush prints were re-arranged at studio ends. I believe that this would prove one of the best films I have ever done after 'Yeh Dil Aap Ka Huwa'.

You have daubed 'Sassi Pannu' as parallel to 'Yeh Dil Aap Ka Huwa'. Can you argue it?
Sana 'Yih Dil Aap Ka Huwa' was a super hit film. After that the industry has never released a film like the very standard as yet. But I am optimistic that 'Sassi Pannu' would prove another feather in the cap of Lollywood. It would also serve a milestone that would lead me towards more achievements in times to come.

After the tremendous success of 'Yeh Dil Aap Ka Huwa', I am extra conscious to deliver with quality as public wants me now to do so. Therefore, I am on it to give more good performances and maintain my reputation in the industry. You might notice my professional growth while watching 'Sassi Pannu' and I am confident that everyone would enjoy it.

A section of the press has reported that you are formally obtaining the training of directorship. Do you intend to switch over to direction?
Sana These are absolutely fabricated news reports. I have no intentions whatsoever of the sort. Acting is my top priority and I have concentrated with more vigour on it. Even I do not take part in stage programmes. Vested interests are spreading these unfounded rumours.

Shed some light on the declining film industry in Pakistan?
Sana Producers are mainly responsible for this decline. Directors come after them. Producers are prejudiced. They come with pre-determined ideas. Then they select directors and finalise the cast.

This is upto producers to make good movies. We actors never disappointed any director or producer. Our job is to perform and we are performing irrespective of the fact that director is Javed Sheik, Syed Noor or Pervez Rana.

How about joint film- making experience with Bollywood, some circles are airing these days?
Sana I have no problems at all. And I am of the view that those who know acting would have no problems whatsoever. But it would be unfair if budgets vary. If a film has been allocated a budget of thirty billions in Bollywood so the same allocations be made for a Lollywood movie as well.

Any planning contrary to this genuine demand would be unjust and unfair that would result in the absolute collapse of Pakistan's film industry. If the parameters of fair justice being observed, then this would give a great opportunity of top class entertainment, I believe. 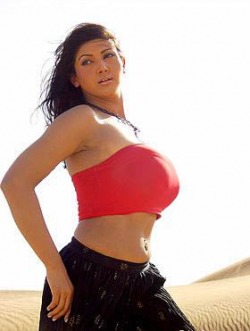 How do you compare talent of both the industries?
Sana Our actors are at par with Lollywood or for that matter with Hollywood. What we are lacking is the non-availability of technology. Moreover, we have not touched the height of evolution due to various reasons as yet, that the Bollywood had reached.

The overall conducive and art friendly environment and culture that is prevailing in India has played a great role in the matchless growth of Bollywood. Here in our part of the word, it's an altogether different ball game. Sometimes, the mere survival of our film industry can be seen even as a miracle.

Are you taking part in television productions these days?
Sana I took part in only one TV serial. I have no interest in TV. The reason is that TV is doing a futile drill to produce films. On TV these days, 90 percent of productions are imitating film industry patterns. Therefore, it is more appropriate that I might do films. And I am quite satisfied with my plans.

If you were not an artiste then what profession you might have opted for?
Sana If I was not in the showbiz, then I would have been in sport as I am fond of games since my school days.