Enjoys any kind of sport especially riding , swimming, and squash.

She had various affairs with various Directors, Co-actors & Producers, over her acting career.

Rehana, her eldest sister, is also a TV actress.

Actress Noor is a first cousin of Sana. Their mothers are real sisters.

Sana was tangled in a robbery case, along-with fellow co-star Resham, as per DailyTimes story
http://www.dailytimes.com.pk/default.asp?page=story_7-5-2005_pg7_21

Sana and Javed Sheikh face the Bollywood camera, as per reports by DailyTimes
http://www.dailytimes.com.pk/default.asp?page=story_27-4-2004_pg7_16

Personal Quotes
On being cast in Indian films: "I do not feel good expressing extra jubilation over such projects. Artists working in other countries are normal. The world has now become a global village. There should be no boundaries for artists and they should be able perform anywhere."On 'Meera(I)''s death threats: "I agree there are restrictions in Pakistan. You can have bold and steamy scenes to a certain limit but nowhere near what happens in Bollywood. The Hindi film industry may be far bolder than its counterpart in Pakistan, but that's no reason to believe Meera's allegations that she received death threats for deciding to act in Nazar (2005). It was all self-created publicity and everybody knows the reason why she did it."

Sana who is becoming increasingly frustrated at not breaking through as a solo heroine has started becoming erratic in her work leading to her secretary giving up on her. He claims that he been having to deal with abusive and increasingly angry producers for whom she has not been showing up for work. Oh dear, not the way to go. Meanwhile Sana has hitched her price up from a paltry Rs. 40,000 per movie to double that figure after she signed on with the prestigious Madame Sangeeta repetoire. (Source: thehotspotonline.com)

The secretary of Saima has apparently been on the receiving end of a solid thrashing as due to his heroine not showing up for shootings. Producer Arif Chowdhury has had to incur massive losses as his set and crew lay waiting for days for Lady Saima to show up. She never did and so Hanif Shah, her secretary paid for messing the irate Chowdhury around. Shama also report that the Anti Syed Noor group are busy trying to promote Sana as a successor to Saima as they see her as having the prerequisite assets for the Punjabi market. However their efforts have yet to prove fruitful as Sana waits to be noticed in a big way by the masses. Saima still reigns supreme despite her advancing age. (Source: thehotspotonline.com) 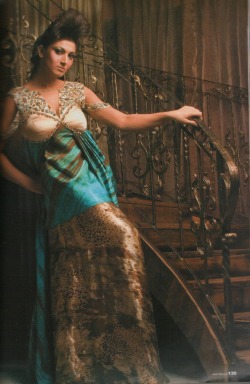